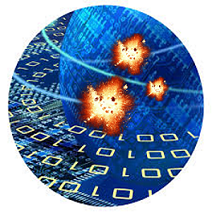 [Editor’s Note: Mad Scientist Laboratory welcomes returning guest blogger Matthew Ader, whose submission builds upon his previous post regarding the demise of strategic and operational deception and surprise.  Given the ascendancy of finders, Mr. Ader argues for the use of profoundly decisive impacts, achieved through information operations and minimal kinetic force, to “generate maximum hysteria” and bend the will of our adversaries’ populations in order to achieve our objectives.]

The future battlespace will be dominated by the finders, not the hiders. Finder capabilities are effective and are only growing more so, leveraging cross-domain surveillance through cheap satellites, unmanned systems, and open source intelligence. This is augmented by the ongoing proliferation of precision long-range fires. In this environment, large unit manoeuvres to achieve decision favoured by the Joint Force will not be possible. Instead, kinetic action should be used to catalyse fear and dissatisfaction among the enemy civilian population, leading to pressure for a negotiated end to conflict.

Why is decisive kinetic manoeuvre no longer possible?

Logistics. Specifically, the practicalities of supplying a force in a finder dominated environment. During Operation Desert Storm, the fuel consumption rate per day for the U.S. VII and XVIII ABN Corps was about 4.5 million gallons. Ammunition requirements were about 14,000 tons a day.1 Logistics support at this scale can neither be foraged nor arranged ad-hoc. Modern warfare depends on a robust supply network to deliver the requisite food, fuel, ammunition, and spare parts, when and where they are needed, to sustain the fight. In the First Gulf War, that was achieved by a handful of well provisioned logistics bases close to the line of advance. In the Second Gulf War, logistics ran on a just in time model, with supply dependent on “frequent, reliable distribution rather than on large forward stockpiles.”

Both of these models are no longer viable in the future operating environment. Large logistics bases will be highly vulnerable to cruise, ballistic, and conventional artillery fire. Drone attacks will also pose a significant challenge, aptly demonstrated in Kalynivka, Ukraine in 2017, where a single Russian quadcopter ignited a Ukrainian depot, destroying over 83,000 tons of ammunition.  Challenges to air supremacy complicate the just in time delivery model. In a situation where units have only a few days of organic fuel and ammunition, a handful of missed convoys due to enemy air interdiction would prove disastrous. The unmanned threat is also present here. Autonomous ‘mobile mines’ could be deployed by air or artillery (à la Family of Scatterable Mines or FASCAM) onto lines of communication to complicate supply efforts.

This is not to say that logistics will be impossible. Promising innovations, particularly in using autonomous vehicles, could help with sustainment operations. Nevertheless, from a volume standpoint, the division-sized forces envisioned to achieve decision in a contested environment may not be viable.

What do we do instead?

War is about compelling our opponent to fulfil our will. Up to this point, the most efficient way to do this in a conventional war has been, bluntly, to kill people and blow things up until the enemy government surrenders. Due to the limitations on logistics imposed by the finder’s world, this is no longer possible. We need to find a new way to compel our opponent to fulfil our will.

Luckily, modern information technology provides the Army with a new way.  51% of people with social media access (about 2.5 billion) use it as a source for news. Both of these numbers are likely to grow as connectivity increases in the developing world. However, news on social media is often accompanied and preceded by a bow wave of hysteria, rumours, and conspiracy. This can have direct real-world impact – #AllEyesOnISIS caused much of the Iraqi force defending Mosul to flee before they saw the enemy. That was a profoundly decisive impact, achieved through minimal kinetic force.

The U.S. Army currently considers information operations to be an important adjunct to kinetic action. However, in a finder dominated environment, this should be flipped on its head. Small kinetic offensives (the smaller, the easier for likely highly degraded logistics networks to support) designed to generate maximum hysteria among the enemy population should be the watchword. The result will be viral fear and significant internal pressure to accede to U.S. demands.

In the digital, connected age, all the world is a stage. The Army must learn to weaponize theatrics.

If you enjoyed this post, please also read the following: