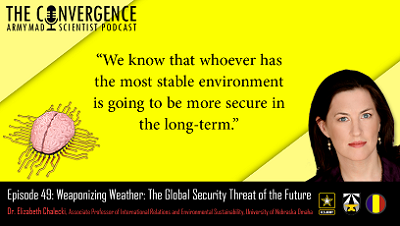 “We assess that climate change will increasingly exacerbate risks to US national security interests as the physical impacts increase and geopolitical tensions mount about how to respond to the challenge. Global momentum is growing for more ambitious greenhouse gas emissions reductions, but current policies and pledges are insufficient to meet the Paris Agreement goals. Countries are arguing about who should act sooner and competing to control the growing clean energy transition. Intensifying physical effects will exacerbate geopolitical flashpoints, particularly after 2030, and key countries and regions will face increasing risks of instability and need for humanitarian assistance.” — Key Takeaway from the National Intelligence Council‘s National Intelligence Estimate Climate Change and International Responses Increasing Challenges to US National Security Through 2040 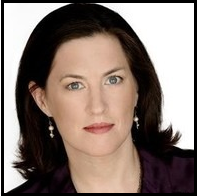 In our interview with Dr. Chalecki, we explore the broad global security implications of climate change and manipulation; their effects on Army and DoD readiness, operations, and mission requirements; and potential approaches for mitigating and regulating these threats.  The following bullet points highlight key insights from our discussion:

Stay tuned to the Mad Scientist Laboratory for our next episode of The Convergence podcast — featuring CPT Maggie Smith and MAJ Joe Littell from the Army Cyber Institute, United States Military Academy, West Point, discussing the impact of information operations on recruitment, retention, and overall force readiness, as well as re-thinking our processes for gaining information advantage over our adversaries.

If you enjoyed this post, check out Dr. Chalecki‘s presentation on Avoiding a Climate Arms Race, from last year’s Climate Change – Threats, Resilience, and Adaptation Webinar; as well as her works page, Should We Govern Geoengineering like Nuclear Weapons or the Internet? and Geoengineering Must Stay Peaceful;

Manipulating the Climate: What Are the Geopolitical Risks? by our colleagues at RAND Review;

… and Shén fēng: Military Use of Weather Modification Technology, by Rory Fedorochko;

… as well as the following Mad Scientist content on climate change:

The Inevitable Threat: Climate Change and the Operational Environment

Water: A Fluid Challenge for the Future, by proclaimed Mad Scientist Caroline Duckworth