Megacities will cause far more issues with conflict resolution than is currently understood and should be approached from a more holistic understanding when it comes to planning for urban fighting. 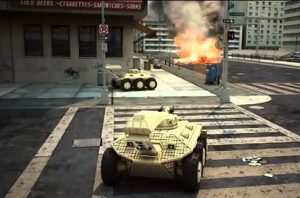 The “collateral damage” aspect of leveling city blocks adds to the burden of rebuilding a smart megacity to provide a measure of security and resumption of the “way of life” to which its citizens have grown accustomed. The assumption of instant information at one’s fingertips specifies, and implies, that there is something feeding that information flow to whatever the user is accessing; specifically, embedded fiber optic networks moving information drawn from a variety of sensors built into the city structure that provide not just citizens, but also local and city leaders, the statuses they “can’t do without.” 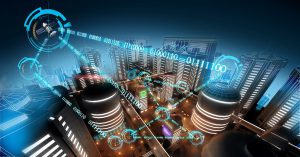 Friendly forces will have to ensure their operations in megacities consider advanced city infrastructure attributes in their Intelligence Preparation of the Urban Battlespace.

• Preservation of fiber optic networks and repair requirements after kinetic or non-kinetic attacks, including use by attacking and defending forces and insurgents

• Active broadband infrastructure to support information flow to friendly forces from locals; also when to interrupt it while supporting open source teams to combat “fake news” while locals tweet information and requests for help

The decision point to take down a megacity’s information network must consider what is there that friendly forces can use to support their efforts and how the health and welfare of the citizens will be affected. Cities are now experimenting with smart community technology that enables law enforcement to pinpoint and identify where gunshots are coming from using audio technology, similar to what is being used in the military, along with wireless power broadcasting providing citizens with ever-increasing levels of comfort and necessity that a conflict will interrupt (no food storage or refrigeration or fast medical response equals how will friendly forces fix this?).

Other attributes for consideration are the use by the adversary, as well as insurgent forces, of existing unmanned ground systems in a megacity that were being used to support mass transit. Is that automated shuttle coming at you full of explosives or citizens fleeing the fight? How do you get it to stop if there isn’t a driver on board, only scared families who can’t stop the vehicle? Current procedures have troops demanding the vehicle stop or they will open fire—without a driver, then what? 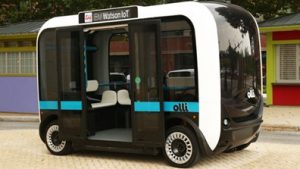 When ground troops move forward, they must understand it’s not just Closed-Circuit Television (CCTV) that could be transmitting data and information to an adversary.

• Adversaries turning on the lights (i.e., illuminating not just with streetlights but in-place multi-spectral systems) to put friendly forces “on the spot” has to be considered and countered

Being able to compromise those systems, like the “loop a security camera” trick spies do in the movies, without the adversary noticing is counter-detection technology friendly forces must have; preferably without such technology being known before conflict.

Once the battle is won, how will our forces get things back on-line? Future generations will demand a return to their “way of life before we showed up” — fast and incessantly. 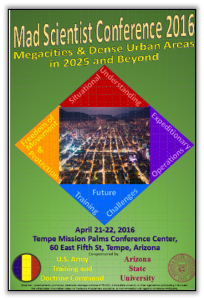 Mad Scientist co-sponsored the Megacities and Dense Urban Areas in 2025 and Beyond Conference with Arizona State University on 21-22 April 2016. For more information on the ramifications of Future Warfare in Megacities see:

Mad Scientist: Megacities and Dense Urban Areas in 2025 and Beyond Final Report

YouTube Playlist — Mad Scientist: Megacities and Dense Urban Areas in 2025 and Beyond

If you were intrigued by this post, please note that Mad Scientist is currently sponsoring a Call for Ideas writing contest. Contributors are asked to consider how future Army installations will operate and project force in the Operational Environment (OE) of 2050, and submit either a Research Topic or A Soldier’s Letter Home from Garrison. Suspense for submissions is 15 March 2018.

Pat Filbert is retired Army (24 years, Armor/MI); now a contractor with the Digital Integration for Combat Engagement (DICE) effort developing training for USAF DCGS personnel. He has experience with UAS/ISR, Joint Testing, Intelligence analysis/planning, and JCIDS. He has previously posted on robotics at the Mad Scientist Laboratory.