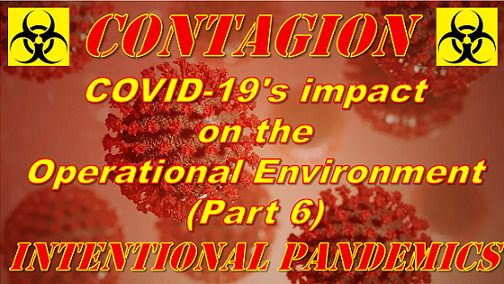 [Editor’s Note:  Our Contagion series continues today, with guest blogger Chris O’Connor’s cautionary post exploring the possibility of future tailored pathogens, as virulent as the current SARS-CoV-2, but genetically tweaked to instead target a more youthful demographic — the prime cohort for most of our Service men and women. Further, he imagines a world where adversaries (state, non-state, and super-empowered individuals) are able to craft and deliver bespoke pathogens via the convergence of emergent technologies to specifically target Americans, while precluding biowarfare “blow-back” among their own and client state populations via effective vaccines and prophylaxes. Read Chris’ clarion call for enhanced bio-security below!

On a sad note, the Mad Scientist Initiative wishes to express its sincere condolences regarding the passing of our dear friend and colleague David P. Dilegge, whom many of you knew as the founder and editor of Small Wars Journal. Mad Scientist could always count on Dave to feature the outstanding contributions of many of our Mad Scientist Call for Ideas and Science Fiction Contest winners and semi-finalists on SWJ. He will be missed!]

The current SARS-CoV-2 pandemic, as bad as it is, is only a taste of what our adversaries could be capable of in the Operational Environment in 2035, and they are observing how we and our allies are responding and learning from it. Is it one of those whispered-of “Black Swans?” Not really. Previous outbreaks have pointed to such a crisis. The first SARS pandemic in 2005 demonstrated just how deadly a strain of coronavirus could be, and how it could easily spread via air travel.

This highlights a blind spot that so many of us have had about pandemics. Fictional outbreaks we are familiar with are based in the deadlier viral bogeymen of popular culture, Influenza and Ebola. Influenza has been the cause of two major historical pandemics, in 1918 and 1957, and kills hundreds of thousands of people a year to this day. Ebola has horrific side effects and a mortality rate of around fifty percent. These lurid reasons are why Ebola has been the dramatic choice of ne’er do wells in fiction as bioweapons (a favorite of Tom Clancy) and been part of accidental releases (in the movie “Outbreak” and others). When this author wrote a fiction piece for a previous Mad Scientist contest, influenza was used as the bioweapon of choice. Conceptually, it was missed by many that a more disruptive threat would not be a higher mortality virus spreading faster, but one that is more transmissible, spreading from people who are asymptomatic for longer.

Until recent events, the only members of the coronavirus family that received any real publicity were the deadly SARS and MERS, which caused rare outbreaks that have since been contained. The fact that the easily spread common cold was related to those was lost on most. We now must think about aspects of less dangerous viruses that can be intentionally modified to become a bigger threat, possibly crafted to attack Americans or perceived seams in American culture. Currently, when SARS-CoV-2 manifests as COVID-19 in victims, it is most lethal in a specific demographic — people over 60 and/or with underlying heath conditions. For this reason, it is generating debate among some as to whether it is worth it to implement social distancing due to the perceived value of members of our society in that age group, even though that category encompasses important politicians, scientists, doctors, artists, and professors who are incredibly important to our country.

This age-specific threat could provide a preview of how a similar pathogen could be intentionally released for specific results. Eventually, the RNA code of SARS-CoV-2 may become well known, and it may be possible to ascertain why it causes these issues in a specific age group. That programming could then be tweaked. 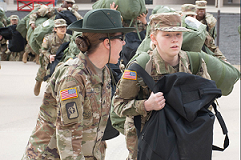 COVID-19 is not as deadly as influenza in children, leading to the possibility that the solution to a vaccine can be in their younger immune systems. But that could also point to how to modify a coronavirus for a different effect with future advances in AI and CRISPR biotech. How would American society react if COVID-19’s effects targeted teenagers and twentysomethings? This demographic could be hollowed out, and that is the age group where the majority of military members (and consumers) reside.

Would a country ever release such a weapon, with possible suicidal ramifications? One of the [false] rumors coming out of the SARS-CoV-2 outbreak is that it is somehow a genetically engineered bioweapon, even though it is directly or indirectly crippling the countries that would have had the capability to develop it in the first place (even if it was possible to build such a biological weapon with current technology). A country could release a tailored version of this or many other viruses endemic in nature as a weapon to create a strategic advantage, say, to distract the international community while it occupies a nearby wayward island province. Informed with an already known RNA blueprint, an adversary could have a vaccine or other prophylaxis for its own people ready. This adversary could also deploy bio-augmented troops that are immune to these artificial pathogens. If another great power did this, they could leave the US to struggle in finding its own vaccine while pulling other nations into its sphere of influence by “benevolently” shipping the cure to countries that it wants to control through tributary ties.

There are so many issues associated with this course of action that rational leaders of a country would only implement it if desperate, since it would cause mutually assured economic destruction in the global economy of the 21st century. But scientists and military actors might do so out of misplaced patriotism or as adherents to a creed of apocalyptic destruction for its own sake, such as accelerationism. As recursive improvement occurs in biotech, the capability to modify biology could be done with minimal investment at a personal lab — a garage, basement, or storage locker. The real concern lies here, with super-empowered individuals or groups. SARS-CoV-2 is causing more death and economic damage than any terrorist group could ever possibly achieve with previous means, short of a using nuclear weapons. With each passing year, it becomes more likely that a bespoke anti-American disease could potentially be crafted with knowledge of our diet, the corresponding gut biome and enzymes, our autoimmune system-modifying vaccines, and the antivirals and antibiotics we commonly use.

The exponential improvement in information and biological technologies, and their ever-tighter convergence, will give many more people the means to wage biowarfare that we previously have not had to confront. We have only scraped the surface of the ramifications of CRISPR getting into the hands of many. Advances in computational power, robotics, and autonomy will lead to more distributed manufacturing and development of pharmaceuticals and biotech. This will create more attack vectors within the US for an adversary to insert a virus at many geographic points.

An automated lab could be hacked and instructed from afar to build a virus, which could then be distributed by robots within the lab, or through autonomous package 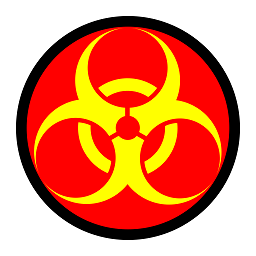 delivery systems. If these locations are not cyber-secure, they will be at the least, a resource for information to be stolen from, and at that worst, a pandemic distribution point. A virus not much different than SARS-CoV-2 released as droplet nuclei aerosol in multiple urban areas during rush hour would cause an even more rapid onset than the current 2020 outbreak. But if that weapon was customized to last longer or be harder to clean than the enveloped viruses we are used to, it could spread even further while carriers are asymptomatic.

The good news is that the very same technology that could be used to create this threat can be used to counter it. We need to learn the lessons from SARS-CoV-2 so that we can prepare to fight the next pandemic, regardless of source or cause. Early detection and response will be key, both as protection of our population (and by association, our economy) and diagnosis of the cause. This will be aided by large portions of the population wearing body temperature monitors, and more health sensors at transit points and security checkpoints. There will be new types of bio-security that people will have to get used to dealing with, as they have with metal detectors and x-ray machines. Instead of being screened for a random TNT trace 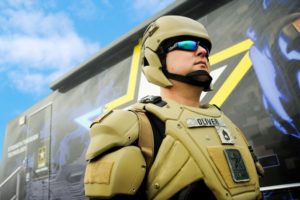 testing, travelers will get pathogen swabs… enabled by machines that must be much faster at detecting novel viruses than anything that currently exists. First responders and military members could even be augmented with persistent bio-sensors, built into their organs for such a purpose.

The future ability in the biotech convergence to rapidly decipher the RNA of pathogens will enable us to rapidly create vaccines and other treatments. There is a series of responses to the runaway inflammatory cascade for autoimmune disease, involving more powerful drugs only if needed. We need a similar system for viruses, a series of antivirals that block RNA replication and shut down virus spread, only to be employed as needed. We also need to shorten vaccine development to a matter of weeks, which is not possible with most current methods. And just like any other technologies, sharing our methods will protect our allies and the global economy, for other nations will be just as vulnerable to intentional pandemics as we are.

The threat is daunting, but as of mid-April 2020, this coronavirus strain has already killed more Americans than all of the foreign violent extremist organizations combined. And the damage done to our economy will be more than the cost of several wars in our past. We need to treat pathogens as an equally serious threat, and say, “COVID-19, Never again!” as we did following 9/11. If we do, when SARS-CoV-4 pops up in Washington, DC, we can respond to minimize its impact. If we don’t, ever nastier tailored viruses will keep us on the back foot and prevent us from defending American interests abroad, for our attention will be focused on saving people from COVID-29 at home. SARS-CoV-2 should serve as a warning of something potentially far worse, coming before 2035.

If you enjoyed this post, check out the preceding posts in our Contagion: COVID-19’s impact on the Operational Environment series:

Read “The Convergence” – COVID-19 and the Future of Bio-Security with Dr. Giordano blog post and then listen to associated podcast

Mad Scientist wants your Information Warfare Vignettes! We are launching our latest crowdsourcing exercise and we want to hear from you! Review submission guidelines on our flyer here, then craft and submit your most innovative and insightful visions of information warfare to us at: MADSCITRADOC@gmail.com. The winner of our writing contest will be present at our virtual conference on 21 July 2020 (stay tuned to the Mad Scientist Laboratory for further information on this event!). Deadline for submission is 1 July 2020!