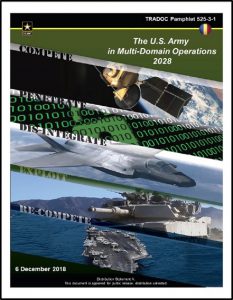 [Editor’s Note: In the future Operational Environment (OE), strategic success in both the competition and combat (i.e., penetrate, dis-integrate, and exploit) phases of Multi-Domain Operations will depend, in part, on our Nation’s continued ability to attract, educate, and retain the requisite global talent to achieve and sustain exponential convergence in science and technology (S&T).  This convergence is already leading to revolutionary achievements with respect to sensing, data acquisition and retrieval, and computer processing hardware.

These advances in turn enable machine learning to include reinforcement learning and Artificial Intelligence (AI). Exponential convergence will afford strategic advantage to those who recognize and leverage it.  The critical strategic resource undergirding this exponential convergence is brain power — the global pool of scientists, engineers, and academicians whose insights, research, and lab work are at the “bleeding edge” of S&T.]

The U.S. is at an inflection point where competition for game changing technology is bringing to light the speed and complexity of the future Operational Environment (OE). Central to the successful development and implementation of game changing technology is the underlying human capital. The next generation of warfighters may be at risk due to the lack of development and investment in technological education. “Urgent threats require urgent responses. One of the most important ways policymakers can deal with the dangers of AI is to boost funding for AI safety research.”1 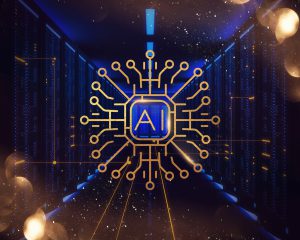 “In a field as nascent as AI, few are sufficiently qualified to do something so complex. This has led companies to turn to academia, pillaging the sector for talent by offering dramatically higher salaries. High profile examples include Andrew Ng, who left Stanford University to become chief scientist at Chinese internet search company Baidu. Uber poached a team of 40 researchers from Carnegie Mellon University. According to the National Science Foundation, 57% of new computer-science doctoral graduates in the United States leave academia for industry jobs, up from 38% a decade ago.”2

Brain Drain is “the departure of educated or professional people from one country, economic sector, or field for another usually for better pay or living conditions.”3 The U.S. needs to attract, support, and retain international talent in order to maintain its scientific edge. To do otherwise presents consequences for the U.S. in tech development, national security, defense, and the economy. The U.S. risks losing many of those it has educated at its best universities to other nations,4 with commensurate adverse impacts to our innovative and disruptive technology R&D efforts (e.g., AI). 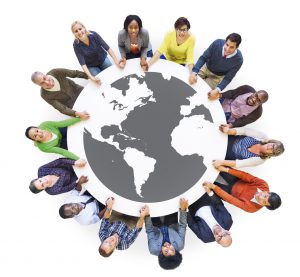 Brain Gain is “the movement of skilled workers internationally … [to] countries that reap their skills and experience, and brain drain for their countries of origin.”5 Today the race for brain gain is in game changing technologies like AI, quantum, and hypersonics. The key component of this race is human talent that provides the breakthroughs developed by national research and used to establish university spin offs and start-ups—human talent is the key to success.

Snowball Effect. “International students are America’s ‘golden goose,’ providing billions of dollars to the economy and helping to subsidize the education of U.S. students. They are a key source of talent contributing to American tech companies.”6 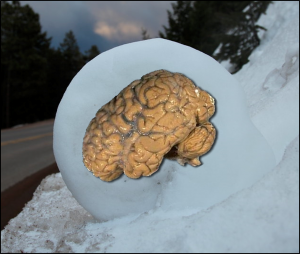 Brain drain snowballs in a way that impacts university programs directly and their status as centers of research. Without the requisite number of graduate students to sustain their programs, professors who utilize them to conduct research at these academic institutions could leave the university system to work for industry. Losing these professors would greatly reduce the role of American universities as centers of research.7 AI professionals already trained in other countries could be recruited by American industry, reducing its dependence on poaching talent from universities.8 The 2018 National Foundation for American Policy (NFAP) shows that full-time international graduate students make up 81 percent of electrical engineering students and 79 percent of computer science students.9 The pressures of obtaining H1-B temporary visas represent one difficulty a high-skilled foreign national, whether an international student or individuals educated abroad, face in seeking to work long-term in the United States.10

Lack of R&D spending puts American overmatch at risk. For the Army, there are a host of future jobs and skill sets that do not exist / have not been created yet— but will be required by the modernized force (e.g., we will need Soldiers who are AI programmers, drone creators / maintainers, and 3-D printing specialists). The 2019 Index of U.S. Military Strength conveys that challenges are growing and the “American-led order” is under stress, its leadership role remains in question, and its security interests are under significant pressure.11

What makes this worse is the lack of U.S. spending on R&D, limiting the number of international students and talented workers in the country. The Pentagon “is facing an unprecedented threat to its technological and industrial base,” as the U.S.’s “open society” has “offered China and others access to the same technology and information that is crucial to the success of our future war-fighting capabilities.”12 The students received their education in the U.S. and went back to their respective countries. Meanwhile, since 2016, China has opened a new university every week.13 In 2013, 40 percent of Chinese graduates completed STEM educations— that’s double the U.S. rate. By 2030, China and India could account for 60 percent of 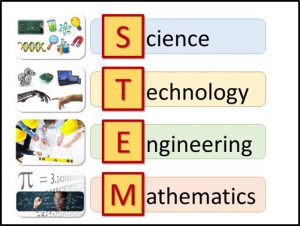 STEM graduates in major economies versus four percent for the U.S and eight percent for Europe.14 China’s “Thousand Talents” program, which started in 2008, is aimed at gathering human talent from the U.S. and other Western countries to bring them to Chinese institutions — it is a “toolkit for foreign technology acquisition.”15

Allure. It easy to recognize why AI talent would leave academia for private enterprise, offering salaries as much as five times higher. Those with high-demand talent may never consider entering Military service. Newly minted PhDs can earn USD $300,000+, while top-ranked senior academics can expect multimillion-dollar, multiyear contracts.16 Universities and government cannot reasonably expect to match / compete with companies like Apple on salary, but they can offer other benefits — for example, many PhD students lack the business knowledge needed, and many serving or recruited to the Army can say the same. Offering them free access to external training and associated business schools to broaden their knowledge could prepare them for leadership roles in their careers.17

Suggestion 1: R&D needs a jump-start. To attract talent, the U.S. Government could subsidize salaries for academic talent in the fields of potential game changing technologies as they do in China. China often offers its foreign-trained talent better employment propositions than in the U.S. For example, Linsen Li, a Chinese-born, 30-year-old specialist in advanced batteries who earned a postdoc in MIT’s material science and engineering program. Axios wrote, ‘He received his PhD in chemistry from the University of Wisconsin, in all spending the last seven years in the U.S. Li received no teaching offers in the U.S., he accepted a $65,000-a-year teaching slot at Shanghai’s Jiao Tong University, along with the equivalent of $900,000 in research funding, in addition to $250,000 to buy a house.”18 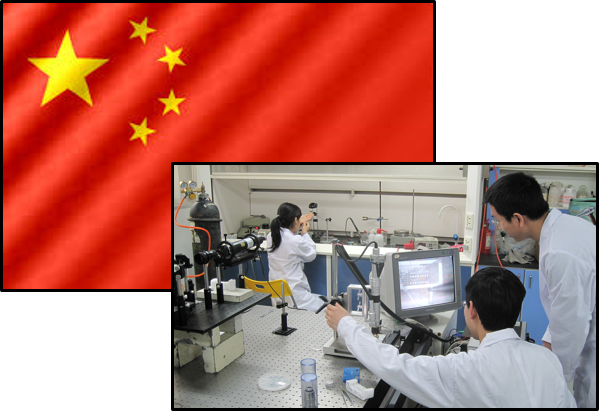 Suggestion 2: Public Science Investment. MIT professors Jonathan Gruber and Simon Johnson recommend jump-starting the economy with science. They assert reviving U.S. support of science and technology is one of the best ways to generate economic growth.19 The Human Genome Project in the late eighties provides us with an effective model of success, when our Federal Government created a $3 billion, 15-year project to sequence the human genome. In 2012, human genome sequencing accounted for an estimated 280,000 jobs, $19 billion in personal income, $3.9 billion in federal taxes, and $2.1 billion in state and local taxes— $2 per year per U.S. resident.20 Gruber and Johnson also recommend that the American people should receive a kind of annual innovation dividend — a return on their tax dollars. In effect, this would be a scaled-up version of the dividend that Alaskans receive on that state’s energy revenues. Public investment in science and technology could create overall growth and better jobs throughout the economy, beyond Boston, Silicon Valley, New York, Los Angeles, and Seattle.21

Suggestion 3: Develop special relationships with academia. The Government could attract recruits or current students interested in military service by developing special relationships with universities. For example, the U.S. Air Force has developed a special relationship with Carnegie Mellon University and is embedding Airmen at the university.22 Carnegie Mellon University and the Army’s Combat Capabilities Development Command Army Research Laboratory (ARL) announced the award of a new Cooperative Agreement totaling $72 million over 5 years. Carnegie Mellon will lead multiple universities that will work in collaboration with ARL to accelerate the research and development of Advanced Algorithms, Autonomy, and Artificial Intelligence (A4I) to enhance National Security and Defense.23

Conclusion:  Consequences will be obvious. In 2020, the U.S. and the European Union will only account for 25 percent of the world’s college-educated people.24 The U.S. needs to do all it can to ensure it reaps the economic and military benefits of the talent that our nation’s academic institutions are educating.25 The consequences of taking active measures to preserve American scientific leadership and innovation will become obvious in five to ten years.26 Retaining this strategic talent means that the U.S. will win the on-going innovation and technology race with our near-peers.

To do nothing to redress brain drain will create a new vulnerability for the U.S. with respect to the technological landscape of the future. As the world becomes more connected, personalized, and interoperable, it will transform how we live. Not investing in U.S. brainpower will negatively impact both the nation and our Army. As we have learned from Dr. James Canton, the things we think might happen 30 years from now will end up happening eight to 10 years earlier. “Technologies that sound radical today will soon be mainstream.”27 The Soldier in the Future Operational Environment of 2028 will be the product of what the U.S. invests in STEM education and R&D now and our ability to recruit and retain the associated talent in the country. If we cannot attract these talented individuals to remain in the U.S., then we will lack the requisite strategic brainpower to maintain overmatch in the Future OE.

22 Nicholas Thomson, “Why the Airforce is Embedding Airmen at Carnegie Mellon.” Wired, May 1, 2019. Accessed 7 May 2019. https://www.wired.com/story/air-force-heather-wilson-carnegie-mellon/