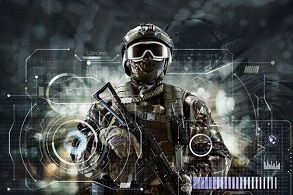 [Editor’s Note: Mad Scientist Laboratory is pleased to present the following post by returning guest blogger and proclaimed Mad Scientist Mr. Howard R. Simkin, hypothesizing the activities of an Operational Detachment Alpha (ODA) deployed on a security assistance operation in the 2050 timeframe.  Mr. Simkin addresses how advanced learning capabilities can improve what were once cognitive load limitations.  This is a one of the themes we will explore at next week’s Mad Scientist Learning in 2050 Conference; more information on this conference can be found at the bottom of this post.]

This is the ODAs third deployment to the country, although it is Captain Clark Weston’s first deployment as a team leader. The rest of his ODA have long experience in the region and country. They all have the 2050 standard milspec augmentation of every Special Operations (SO) Operator:  corneal and audial implants, subdural brain-computer interfaces, and medical nano-enhancement. 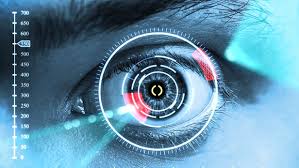 Unlike earlier generations of SO Operators aided by advanced technology, they can see into the near-infra red, understand sixty spoken languages, acquire new skill sets rapidly, interface directly with computers and see that information in a heads up display without a device, and survive any injury short of dismemberment. However, they continue to rely on their cultural and human skills to provide those critical puzzle pieces from the human domain which technology and data science alone cannot.

No matter what technologies are at play, the human element will still be paramount. As the noted futurist and theoretical physicist Michio Kaku observed in his discussions of the ‘Cave Man Principle’, “whenever there is a conflict between modern technology and the desires of our primitive ancestors, these primitive desires win each time.”[I]

The sound of an onrushing thunderstorm briefly distracted CPT[II] Weston from the report he was compiling. His eyes scanned the equipment hung on wooden pegs protruding from the white plastered walls or scattered on the small wooden desk adorned by a single switch operated lamp. He couldn’t help smiling. The wooden pegs, plastered walls, and primitive lamp were a good metaphor for the region. His apartment back home sported the latest in technology, adaptive video capable walls, a customized AI virtual assistant, and lighting and HVAC[III] that operated without human intervention. Here, it was back to basics.

His concentration broken, he stood up and stretched. Dark of hair and eyes, of medium height and slender build, he could easily pass for a native of the region. As for fluency in the local language, it had been baked into his neural circuitry through rigorous training, cognitive enhancements, and experience. A student of history, Weston had been surprised during his attendance at the SOF[IV] Captains Career Course when he read articles and papers that had heralded the death of language training.

He wondered. Didn’t the people who wrote those articles pause to consider that no technology works all the time? Either as a result of adversary action or the arrival of mean time between failures, a glitch in a technology-dependent language capability could be at best embarrassing and at worst catastrophic. Didn’t they realize that learning a new language alters the learner’s neural networks, allowing a nuanced understanding of a culture that software had not been able to achieve? Besides, around 65 percent of human communication is non-verbal, he reasoned. Language occurs in a shifting cultural context, something even the best AIs still couldn’t always tackle.

He paced around the room, reflecting on the past few months. Things had definitely taken a turn for the better. With very few exceptions, the Joint security assistance efforts he was aware of were going well. He was very proud of what his ODA had accomplished, training the Ministry of the Interior’s capitol region paramilitary force (CRPF) to what Minerva[V] had deemed a sufficient level of competence in a wide range of tactical skills.

More importantly, as his Team Sergeant Abdel Jamaal had observed, “We got them to believe in themselves as protectors and to stop acting like bullies.” This had led to the development of an increasing number of information sources which in turn had led to the arrest of a number of senior narco-terrorists.  He and Sergeant Jamaal had advised and assisted in those arrests in a virtual mode. To the local population, it looked like the CRPF was doing all of the work.

The team medical/civil affairs specialist, Sergeant First Class Belinda Tompkins and the team cyber/additive manufacturing authority, Sergeant DeWayne Jones had achieved quite a lot on their own. After consulting with the Nimble Griffin[VI] team, they had employed their expertise to upgrade the antiquated in-country hospital 3D Printers to produce the latest gene editing drugs and fight the diseases still endemic to the region. They had done this in the background, having the CRPF collect the machines quietly and then return them to the hospitals with great fanfare. The resulting media coverage was a public relations bonanza. The only US presence was virtual and invisible to the media or public.

A loud peal of thunder shook Weston from his thoughts. The lights flickered in his room, then steadied up. He sat back down at the table to finish his report. All in all, things were going very well.

[Note that any resemblance to any current events or persons, living or dead, is purely coincidental.]

If you enjoyed this post, please read Mr. Simkin’s article Technological Fluency 2035-2050, submitted in response to our Learning in 2050 Call for Ideas and hosted by our colleagues at Small Wars Journal.

Other Learning in 2050 Call for Ideas submissions include the following:

– Thoughts on Military Education, Training and Leader Development in 2050, by Jim Greer

Please also plan on joining us virtually at the Mad Scientist Learning in 2050 Conference.  This event will be live streamed on both days (08-09 August 2018). You can watch and interact with all of the speakers at the conference watch page or tag @TRADOC on Twitter with #Learningin2050.  Note that the live streaming event is best viewed via a commercial internet connection (i.e., non-NIPRNet).