[Editor’s Note:  Mad Scientist Laboratory is pleased to feature today’s timely and intriguing post by returning guest blogger and proclaimed Mad Scientist Dr. James Giordano and Bob Williams, exploring the hitherto unthinkable — “redefining low-yield and discriminate Chemical, Biological, Radiological and Nuclear (CBRN) weapon use as distinct from other weapons of ‘mass’ destruction (WMD).”  Before reflexively dismissing this idea as anathematic and inevitably setting us forth on the path to nuclear annihilation, consider this…. Russia’s President Vladimir Putin and members of his regime have steadily escalated their bellicose rhetoric regarding the U.S. and NATO’s support for Ukraine.  Last Fall, Putin issued perhaps his starkest threat to date, warning he has at his disposal “various weapons of destruction” that he’s prepared to use, adding that this warning was “not a bluff.”

Given recent Russian tactical setbacks in Ukraine and the possibility that Putin could escalate and either conduct a nuclear demonstration, or worse, launch one or more tactical nuclear strikes on Ukraine in a desperate bid to reset the conflict, today’s authors propose that we start thinking (and speaking) differently about the low-yield and discriminate use of CBRN weapons.  Only then can we escape the “strategic stasis”  and “tactical inadequacy” Putin and his ilk are counting on when threatening the use of tactical nuclear weapons — Read on!] 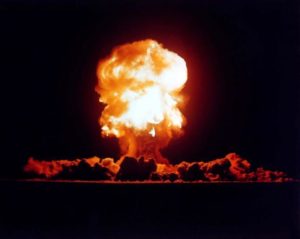 Russia’s declarations of “unpredictable consequences” for the Ukraine are, as matter of fact, rather predictable attempts to reinforce what Moscow has been messaging since thinly veiled nuclear threats against the U.K. were televised last May.  President Biden’s declaration in October that the world is the closest to nuclear warfare since the Cuban Missile Crisis falls prey to the Kremlin’s base intent — to intimidate Kyiv and the world order by leveraging existing fears about conflagration, starvation, and environmental degradation. As the war in Ukraine has revealed, the Russian military has mostly engaged in operations of disruption and terror, rather than capable power projection.

Rather than be immobilized by fear of Russia’s nuclear threats, it may be wiser to consider how to navigate scenarios short of Armageddon. Pursuing worst-case scenarios and assumptions on nuclear escalation take the bait of Putin’s disruptive rhetorical aims––without the use of a single “mass destruction” weapon.  We opine instead that realistic preparation of the Ukraine’s civil defenses and public messaging campaigns should acknowledge a low-yield nuclear or discriminate asymmetric attack might have few (or even no) civilian casualties. Publicizing models for such CBRN scenarios could reduce fear-based paralysis and, in this way, erode the value of Putin’s saber rattling.

Disrobing the Russian threat to use low-yield or “tactical” nuclear weapons (viz. sub-kiloton, potentially 2% or less yield than the bombing of Nagasaki) reveals the limits of such an action and opens operating space to escape strategic stasis.  As noted by British strategist J.F.C. Fuller, the psychological impact of “new” weaponry can exert outsized effects to disarm opponents in ways that are far greater than their actual utility on the battlefield. Given 77 years of nuclear non-use, threats of using even fractional yields mated to modernized, high-precision missiles do indeed afford novel shock value. Moreover, the introduction of low-yield, first-strike threats against a non-nuclear power disrupts the traditional model of Mutually Assured Destruction between Great Powers, thereby misleadingly wedding the moral anguish, mass disruption, and Cold War-era anxieties of strategic nuclear weapons to this regional conflict.

Global society has been conditioned to regard the use of any nuclear weapon as a harbinger of Apocalypse. After all, the envisioned effects of nuclear exchange between Washington and Moscow during the Cold War weren’t to be limited within sovereign borders. Despite early public education in the United States provided by publication of The Effects of Nuclear Weapons (1957), Soviet propaganda played a key role in creating a mindset that the very existence of nuclear weapons should be equated with the eventuality of nuclear winter.

But this is not 1957, nor 1962. Current low-yield nuclear and discriminate Chemical, Biological, Radiological and Nuclear (CBRN) use can have definitive strike value against defensible military targets — such as a military airfield or soon-to-be-deployed Patriot air defense battery — with little to no collateral effects. Fallout would not waft over Europe from a single low-yield nuclear airburst, nor would millions die in nuclear conflagration.  However, even a 300 ton weapon, which is very much in the “tactical” range that Russia is thought to possess, would create an environment of terror.

By challenging 77 years of nuclear non-use (of any size weapon), Putin’s threats follow the old Soviet propaganda playbook:  liberal democracies that are beholden to their citizenry must temper reactions to keep honor while still “fighting for right and freedom.” The current Russian calculus may consider that the use of a low-yield nuclear weapon against an arguably defensible military target (viz. one identifiable without objection if attacked using conventional means), and producing no fallout or civilian casualties, wouldn’t cross the threshold of an assured military response. Notwithstanding having initiated this war of aggression through ridiculous claims of Nazism inter alia, Russian propaganda could continue to espouse its stance of self-defense, and adherence to jus in bello principles.

Aside from evidence that the Russian military leaders don’t care about collateral damage, Moscow’s propaganda would likely find value in comparing low-yield nuclear use to a very large conventional strike. When the U.S. dropped the GBU-43 “Mother of All Bombs” (MOAB) in 2017 to collapse an underground tunnel complex used by ISIS in Afghanistan, killing 94 fighters and protecting against civilian casualties, the expected 11-ton payload was similar to a low-yield nuclear event on par with the now-retired W54 nuclear projectile for the man-portable “Davy Crocket.” Notably, the MOAB weighs more than 10 tons, and required a specially built heavy transport aircraft (operating under U.S. air superiority) to deliver the weapon, while the W54, in contrast, weighed approximately 60 pounds. If Russia’s use of a low-yield nuclear weapon had similar effects against a military target, and if the use of such a weapon from a standoff missile was “justified” due to contested airspace (e.g., as afforded by the deployment of U.S. Patriot systems to the Ukraine), it could effectively set a new tolerance threshold for “tactical” nuclear warfare.

This type of scenario positions global democracies at a precarious crossroad of risk escalation. To estimate public response, we played a mini-wargame using ChatGPT, the latest artificial intelligence platform created by OpenAI. The platform importantly possesses knowledge of the Internet up to September 2021 — before the latest round of Russian aggression — and offers a medium-consensus virtual participant to the following not-so-hypothetical scenario:

In a war between Russia and Ukraine, how would the United States respond to Moscow using a low-yield nuclear weapon against a Ukrainian military airfield in which no civilians were killed?

“[I]t is likely that the United States would respond with a combination of diplomatic and economic measures, such as economic sanctions and diplomatic pressure, in an effort to de-escalate the situation and prevent further violence.”

Perhaps ChatGPT will replace Nikolai Patrushev.  Based on this AI read of the digital tea leaves, Moscow would weather non-military responses to an already norm busting conflict of territorial expansion.

Considering this, we propose the necessity to acknowledge that low-yield and discriminate CBRN use is distinct from other weapons of “mass” destruction (WMD), and given this reality, to prepare civil defense accordingly to avoid strategic paralysis and tactical inadequacy under the mere threat of use.

On Surprise Attacks Below the “Bolt from the Blue” Threshold, by Lesley Kucharski

“No Option is Excluded” — Using Wargaming to Envision a Chinese Assault on Taiwan and Would You Like to Play a Game? Wargaming as a Learning Experience and Key Assumptions Check by Ian Sullivan

Why the Next “Cuban Missile Crisis” Might Not End Well: Cyberwar and Nuclear Crisis Management by Dr. Stephen J. Cimbala

Are We Ready for the Post-digital Hyper-war? by Capt Martin Crilly, British Army

Some Thoughts on Futures Work (Part I) by Dr. Nick Marsella 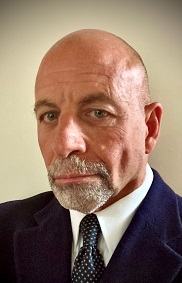 Mad Scientist James Giordano, PhD, MPhil, is Pellegrino Center Professor in the Departments of Neurology and Biochemistry; chief of the Neuroethics Studies Program; and chair of the Sub-program in Military Medical Ethics at Georgetown University; additionally, he is senior bioethicist of the Defense Medical Ethics Center (DMEC), Uniformed Services University of Health Sciences. Prof. Giordano is senior fellow of the Project on Biosecurity, Technology, and Ethics at the US Naval War College; Stockdale Distinguished Fellow of Science, Technology and Ethics at the United States Naval Academy, and senior science advisory fellow of the SMA Branch, Joint Staff, Pentagon. He has previously served as Donovan Senior Fellow for Biosecurity at US Special Operations Command (USSOCOM); as an appointed member of the Neuroethics, Legal and Social Issues Advisory Panel of the Defense Advanced Research Projects Agency (DARPA); as research fellow and task leader of the EU-Human Brain Project Sub-program on Dual-use Brain Science; and as an appointed member of the Department of Health and Human Services Secretary’s Advisory Committee on Human Research Protections (SACHRP). 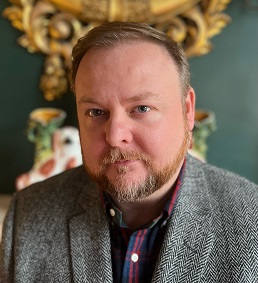 Bob Williams is a doctoral candidate at Georgetown University focusing on the durability of nuclear non-use. His research explores how advances in miniaturization and precision impact strategic thinking on limited nuclear use.