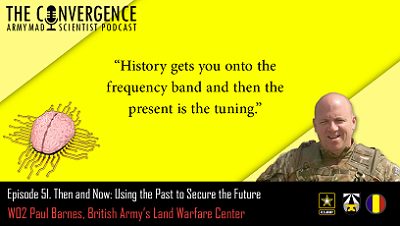 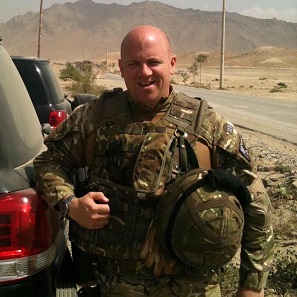 Paul Barnes is a serving Warrant Officer in the British Army, employed as a Doctrine Writer 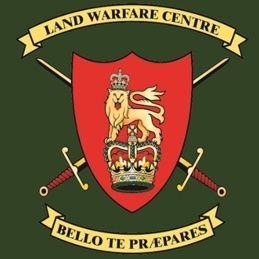 The Operational Environment (2021-2030): Great Power Competition, Crisis, and Conflict, the entire document from which that post was excerpted, and the TRADOC G-2’s Threats to 2030 video addressing the challenges facing the U.S. Army in the near operational environment (i.e., now to 2030)

Other People’s Wars: The US Military and the Challenge of Learning from Foreign Conflicts, with Brent L. Sterling, and associated podcast

Making the Future More Personal: The Oft-Forgotten Human Driver in Future’s Analysis and “Once More unto The Breach Dear Friends”: From English Longbows to Azerbaijani Drones, Army Modernization STILL Means More than Materiel, by Ian Sullivan

Lessons from the Cold War: “The Ugly American” and Multi-Domain Operations by Peter Brownfeld

Why the Next “Cuban Missile Crisis” Might Not End Well: Cyberwar and Nuclear Crisis Management by Dr. Stephen J. Cimbala

Disclaimer: The views expressed in this blog post do not necessarily reflect those of the U.S. Department of Defense, Department of the Army, Army Futures Command (AFC), or Training and Doctrine Command (TRADOC); nor the UK Ministry of Defence, British Army, or Land Warfare Centre.