[Editor’s Note: Mad Scientist Laboratory is pleased to publish today’s post, exploring how the democratization of current benign technologies may present our Leaders with potentially devastating dual use applications.  How do we address the emergence of these and other dual use technologies so that we do not fall victim to a failure of imagination?]

Dual use technology has yielded significant breakthroughs for military applications, including Intercontinental Ballistic Missiles and nuclear power. However, with the broad democratization of advanced technology, we may now see an increase in seemingly benign solutions that could be weaponized. Average citizens now have access to an expansive array of powerful technologies that would have been considered cutting-edge only a few years ago – e.g., artificial intelligence, machine learning, computer vision, and robotics. These are all technologies that have real and direct military implications, even if they were initially created for civilian or consumer use. 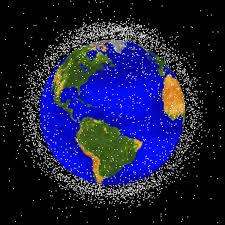 This problem extends across all military domains. For example, space is cluttered as there are close to 18,000 artificial objects orbiting Earth and 300,000 more pieces of “space junk” further congesting the domain. A single speck of paint, traveling at thousands of miles per hour, could cause serious damage to orbiting satellites.1

Researchers at China’s Air Force Engineering University proposed building a laser-armed satellite to act as a “broom” to clean up rogue debris by burning off part of its mass, thus destabilizing its orbital path and sending it back into the Earth’s atmosphere, where it would quickly burn up.2 The scientists successfully proposed a solution to a potentially hazardous problem.  On the surface this is true, and therein lies the dilemma. How could a nefarious actor use a space-based laser weapon other than for clearing unwanted pieces of refuse? Technology has no allegiance, but its users do, and the weaponization of such technology could be problematic.

In the maritime domain, a non-profit called Robots in Service of the Environment (RSE) created their Guardian unmanned underwater vehicle (UUV) whose purpose is to control lion fish, an invasive and destructive species introduced into the Caribbean with no natural predators to control its propagation.3 The robot costs around $1000 and includes an auto-pilot feature that can identify, stun, and capture the fish without the assistance of a human in the loop (though the option is there). Using computer vision, the UUV can discern the lion fish’s appearance from other species, deliver a stun charge, and subsequently suck the creature into a holding cell aboard the small vessel. The implication here is clear: an autonomous vehicle can positively identify something and deliver an intended effect without human intervention. In this case, the effect is a simple stun.

Taking it a step further, a roboticist from Queensland University of Technology has developed a UUV to that behaves similarly to the RSE bot. However, instead of stunning its prey (reef-destroying sea stars), it delivers a single injection with a lethal dose of bile salts. Dubbed the RangerBot, this UUV can identify its prey with a 99.4 percent success rate and autonomously deliver the kill shot.4 The identification is so accurate that it even ignored the 3D-printed decoys and only engaged with its intended target. Another advantage of the RangerBot is that it can operate successfully when humans are unable to – at night, in tumultuous weather, and in high currents. While its targets are sea stars, this vehicle could be quickly and easily manipulated to positively identify a human target and deliver a lethal effect; identify strategically-placed communications cables in the sea and sever specific ones; or even seek out specific naval vessels and then affix explosive charges, undetected. An autonomous entity using computer vision could be taught to positively identify nearly any target and execute nearly any action as a consequence.

The technology to make this a reality exists today. It is being developed to clean our oceans, to de-clutter Low Earth Orbit, and to make our world a more

livable place. It also has the potential to surprise with military applications. While we’re well aware of the RangerBot, is our Navy worried about an autonomous UUV patrolling the Great Barrier Reef? More importantly, can they detect one? Is there a cost effective solution to defend against small, 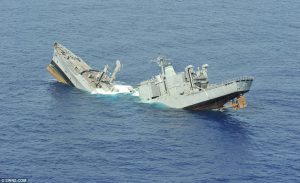 cheap, and expendable devices? Regulation can help control potentially dangerous materials – e.g., chemical, nuclear, radiological, or biological, but is it possible to regulate technology that poses no apparent threat? Does the Army have a strategy for dealing with benign technology that could be weaponized quickly? Technology will continue to advance at a rapid pace, and will compound as time goes on. What emergent dual use technology (or convergence of technologies) could surprise our future Army?

If you enjoyed this post, please see the following about other dual use technologies:

– Some Thoughts on Futures Work (Part I) , by Dr. Nick Marsella, informing us on how we can to avoid being surprised by the future.

– What’s in a Touch? Lessons from the Edge of Electronic Interface, by Dr. Brian Holmes, addressing how prosthetics R&D could provide a sense of touch to realize more lifelike lethal autonomous weapons systems.

One Reply to “157. The Democratization of Dual Use Technology”