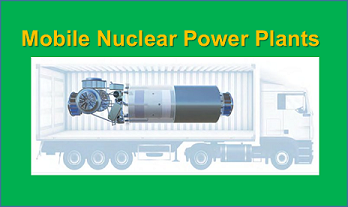 Energy is a cross cutting requirement for modern warfare. Electrical energy is essential to achieve several strategic capabilities and to operate many tactical systems. Electricity to attain strategic outcomes and to maintain the tactical edge comes at a cost, with ever-increasing amounts of liquid fuel needed for electrical generation. As future battlefield capabilities develop, fuel demand trends are expected to grow by over 30 percent.i A secondary thought on power generation is its constraining effect on new capability developments that are typically designed around existing power plant availability, size, and generation limits.

The Army recognized this issue in the 1960s and began development of a Mobile Nuclear Power Plant (MNPP) for deployed forces. Energy dense nuclear fuel would displace liquid fuel, providing the needed electrical generation capability for theater assets, while displacing fuel that could enable maneuver force reach. This concept is perhaps more valid today to support Multi-Domain Operations (MDO). Modern concepts of warfare such as MDO require increasing mobility and dispersion of combat forces in responding to current and future threats. This requires units to be capable of long periods of independent operation.

The difficulty of maintaining adequate fuel supplies over extended distances in a combat theater may hamper or halt maneuver forces far more effectively than any action taken by the enemy. Concepts, such as mobile nuclear power, enable fuel focus forward to support the warfighter and combat platforms while supplying the requisite power to sustain support areas. 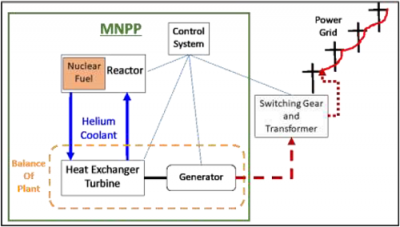 During any conflict, successful attacks on friendly infrastructure will require large amounts of electrical power to re-establish theater offensive, defensive, and sustainment capabilities such as radars, ports, airfields, logistics nodes, and transportation networks damaged by enemy attack (for both follow-on force Reception, Staging, Onward movement and Integration [RSOI] and sustainment). Examples from WWII are numerous but notably include the 1944 restoration of critical European ports destroyed by kinetic attacks. This necessitated the U.S. Army bringing multiple, large, megawatt (MW)-level mobile power plants on-line, each requiring over 22,000 gallons of fuel per dayii – fuel that could have supported maneuver forces such as the fuel starved Third Army. Focusing fuel to the point of need is vital for overall sustainment at scale enabling Multi-Domain Operations.

Modern technology has taken both nuclear reactor design and safety, as well as supporting power generation a long way since the initial Army foray into nuclear power in the early 1960s. Improved and inherently safe gas-cooled reactor designs have evolved, eliminating many of the safety issues associated with complex, legacy, water-cooled reactors. Use of encapsulated fuels that are designed to prevent the release of volatiles reduces/eliminates the threat of a radioactive plume if successfully attacked, or their utility for employment in a ‘dirty bomb’. Modern, multi-MW MNPP designs can be small and light enough for air transport by C-17, easily camouflaged, and can rapidly provide large amounts of power to meet theater electrical prime power needs, without the need for continuously moving large amounts of fuel. 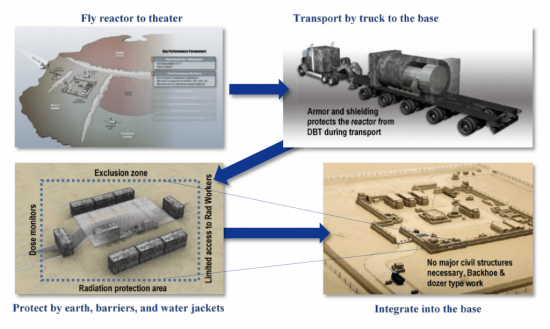 While such a capability supports the current operating environment, it is in shaping the future operating environment (2025 and beyond) that the MNPP has its greatest utility. The ability to provide large MW-level amounts of power provides options for future weapons designers. While directed energy (DE) 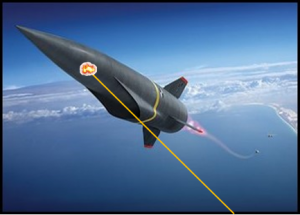 and electric weapons (EM Cannon/Rail Gun) come to mind first, other opportunities for expanded capabilities abound. Adequate power is available for options such as vehicle electric drive and/or beaming power to remote/forward locations, further enhancing distributed operations and survivability. This capability, in turn, can support other future capabilities such as EW jamming or replenishment of forward area electric vehicles or aircraft. An MNPP providing reliable, clean power for sensors, such as radars, in remote locations reduces resupply exposure, while supporting offensive and defensive operations over extended periods of time. 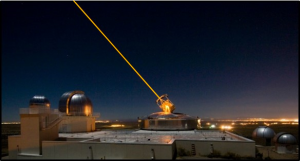 Developing an MNPP today is not only possible given existing technologies and materials but also essential for maintaining technological dominance and sustainment at scale. Modern designs and fuels provide the needed safety for operating in a military environment while eliminating or reducing the risks associated with legacy water-cooled reactors. Large scale electric generation supporting functions and facilities at echelons above division allow displacement of fuel to focus and support fuel forward – allowing greater maneuver and reach of forward forces in the MDO fight, while enabling next generation design of types of electric lethality and mobility capabilities needed for 21st century warfare. Every one of us is part of this evolution and the construction of the future force to ensure the Army is ready, lethal, and prepared in any domain, anytime, and anywhere.

Study on the use of Mobile Nuclear Power Plants for Ground Operations report from the Deputy Chief of Staff G-4, U.S. Army, 26 October 2018.

… and crank up Blondie‘s Atomic!