[Editor’s Note:  Army Mad Scientist is pleased to present our latest episode of The Convergence podcast, featuring Zach Schonbrun, author of The Performance Cortex:  How Neuroscience is Redefining Athletic Genius, discussing his book, how the brain — not the body — may be responsible for athletic prowess, and the implications for future Soldiers — Enjoy!] 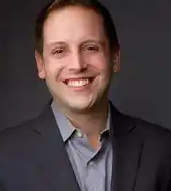 Zach Schonbrun is a senior editor covering business and technology at The Week. His work has also appeared in The New York Times, Bloomberg Businessweek, Fast Company, ESPN the Magazine, SB Nation Longform, Vice, The Athletic, and Yahoo! Sports, among other publications.  Zach is the author of The Performance Cortex, which explores the neuroscience of motor skills, and was published by 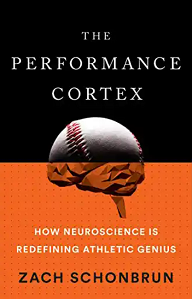 Dutton/Penguin Books in April 2018.  Before joining The Week, Zach covered five Final Fours, the Super Bowl, the World Series, the NBA postseason, US Open tennis and championship golf — among numerous other events — for the Times, as well as other business and sports features. Six of his articles have appeared on the front page of The New York Times. Zach received a B.A. in Economics from Syracuse in 2009 and an M.S. in Journalism from Columbia in 2011.

In today’s podcast, we talk with Zach about his book, how the brain — not the body — may be responsible for athletic prowess, and the implications for future Soldiers.  The following bullet points highlight key insights from our interview:

Stay tuned to the Mad Scientist Laboratory for our next episode of The Convergence, featuring Karen Kaya, Senior Turkey/Middle East Analyst for the Foreign Military Studies Office (FMSO), within the TRADOC G-2. Karen will be discussing the Bayraktar TB-2 Unmanned Combat Aerial Vehicle, its employment in recent 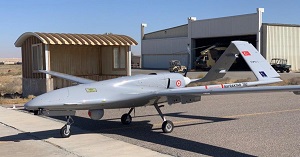 conflicts including Nagorno-Karabakh and Russia-Ukraine, as well as the implications of Turkey becoming a global drone manufacturer and distributor.

The Future of Learning: Personalized, Continuous, and Accelerated, as well as proclaimed Mad Scientist Dr. Tristan McClure-Begley‘s presentation and video on Targeted Neuroplasticity Training. from the Mad Scientist Learning in 2050 Conference, at Georgetown University in Washington, DC, on 8-9 August 2018

Proclaimed Mad Scientist Dr. James Giordano‘s presentation and video on Neurotechnology in National Security and Defense, from the Mad Scientist Visioning Multi Domain Battle in 2030-2050 Conference, at Georgetown University in Washington, DC, on 25 & 26 July 2017; and his Neuroscience and the Weapons of War podcast, hosted by our colleagues at Modern War Institute (MWI), 2 August 2017

The Metaverse: Blurring Reality and Digital Lives and associated podcast, with Cathy Hackl