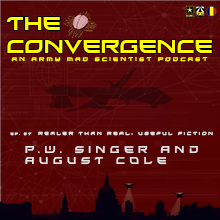 [Editor’s Note:  Mad Scientist Laboratory continues our series of The Convergence podcast interviews with writers, creators, and producers who have a wealth of knowledge and experience envisioning the future in diverse and unique ways.  Creative writing and narrative building help us to explore how emergent technologies and other capabilities could be employed and operationalized. Today’s post highlights key points from our interview with proclaimed Mad Scientists Peter W. Singer and August Cole — co-authors of Ghost Fleet: A Novel of the Next World War and Burn-In: A Novel of the Real Robotic Revolution — discussing the power of fictional intelligence; the importance of storytelling, narrative, and verisimilitude in exploring future possibilities; and the significance of imagination.] 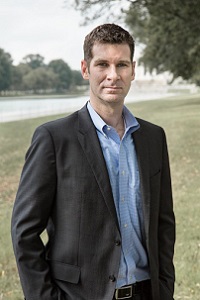 Peter Warren Singer is Strategist and Senior Fellow at New America. He has been named by the Smithsonian as one of the nation’s 100 leading innovators, by Defense News as one of the 100 most influential people in defense issues, and by Foreign Policy to their Top 100 Global Thinkers List.  Mr. Singer is the author of multiple best-selling, award winning books in both fiction and nonfiction.  Described in the Wall Street Journal as “the premier futurist in the national-security environment,” Mr. Singer is considered one of the world’s leading experts on changes in 21st century warfare, with more books on the military professional reading lists than any other author, living or dead. He has consulted for the U.S. Military, Defense Intelligence Agency, and FBI, as well as advised a range of entertainment programs, including for Warner Brothers, Dreamworks, Universal, HBO, Discovery, History Channel, and the video game series Call of Duty. 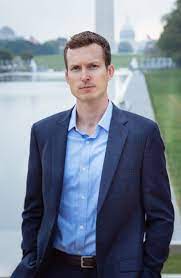 August Cole is an author and futurist exploring the future of conflict through fiction and other forms of storytelling.  He is a non-resident fellow at the Brute Krulak Center for Innovation and Creativity at Marine Corps University and a non-resident senior fellow at the Brent Scowcroft Center on International Security at the Atlantic Council; he directed the Council’s Art of the Future Project, which explores creative and narrative works for insight into the future of conflict, from its inception in 2014 through 2017.  Mr. Cole is a regular speaker to private sector, academic, and U.S. and allied government audiences.  He also leads the Strategy team for the Warring with Machines AI ethics project at the Peace Research Institute Oslo.

Messrs. Singer and Cole co-authored the best selling Ghost Fleet: A Novel of the Next World War, a near-future thriller about the next world war.  Foreign Policy states “Every Army officer should read it…. we need to imagine what war will look like in the future so that we are prepared to win.”  Last year, Messrs. Singer and Cole co-authored Burn-In: A Novel of the Real Robotic Revolution — our colleagues at War on the Rocks stated that this novel “will do more for defense experts’ understanding of this brave new world with literature than a thousand non-fiction assessments would have.”

In today’s podcast, Messrs. Singer and Cole discuss the power of fictional intelligence; the importance of storytelling, narrative, and verisimilitude in crafting tales of future possibilities that resonate and inform; and the significance of imagination.  The following bullet points highlight key insights from our discussion:

Stay tuned to the Mad Scientist Laboratory for our next episode of “The Convergence,” featuring our interview with Dr. Malka Older – author of the Centenal Cycle series of science fiction novels – where she’ll discuss world-building, experiential learning, and inspiration from her humanitarian work in the third of our special series of podcasts exploring the power of science fiction, the importance of storytelling and narrative, and the significance of imagination.

If you enjoyed this podcast, please consider giving us a rating or review on Apple, Stitcher, Spotify, or wherever you accessed it.  This feedback helps us to improve future episodes of The Convergence and allows us to reach a bigger and broader audience — Thank you!

Also, check out A Warning from Tomorrow, the compelling FicInt prologue to the U.S. Congress’ Cyberspace Solarium Report, co-authored by Messrs. Singer and Cole…

Two Vignettes: How Might Combat Operations be Different under the Information Joint Function? by proclaimed Mad Scientist Dr. Christopher Paul

Reminder!!!  Army Mad Scientist is CALLING ALL CREATORS with our Multi-Media Contest for imaginative artists who would like to showcase their ideas about future possibilities in alternative ways.  For more information, check out our announcement and flyer, then consult your inner muse, unleash your creative talent, get cracking developing your multi-media entry, and submit it to madscitradoc@gmail.com — Deadline for submission is 6 August 2021!

One Reply to “332. Realer than Real: Useful Fiction with P.W. Singer and August Cole”