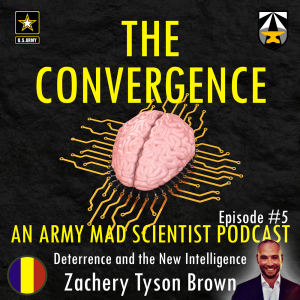 [Editor’s Note: Mad Scientist Laboratory is pleased to announce the latest episode of “The Convergence” podcast, featuring an interview with proclaimed Mad Scientist Zachery Tyson Brown, a strategic intelligence analyst, U.S. Army veteran, Security fellow at the Truman National Security Project, and consultant for the Office of the Secretary of Defense. He is a member of the Military Writers Guild and his writing has appeared on this site, The Strategy Bridge, War on the Rocks, Defense One, and West Point’s Modern War Institute. He can be found on Twitter @ZaknafienDC. Please note that this podcast and several of the embedded links below are best accessed via a non-DoD network — Enjoy!] 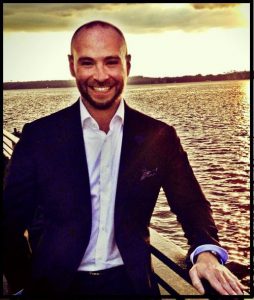 In this latest episode of “The Convergence,” we talk to Zachery Tyson Brown, an Army veteran, analyst, consultant for the DoD, and Security fellow at the Truman National Security Project. Zach is a career intelligence officer now working at the intersection of emerging technologies, organizational structures, and strategic competition. Zach is most recently a graduate of the National Intelligence University, where his thesis, Adaptive Intelligence for an Age of Uncertainty, was awarded the LTC Michael D. Kuszewski Award for Outstanding Thesis on Operations-Intelligence Partnership.

In this episode, we discuss conflict and competition, how to create intelligence from the onslaught of data, and structural and process changes to the Intelligence Community (IC).

Highlights from the conversation include:

Stay tuned to the Mad Scientist Laboratory as we will be releasing a new podcast every other week with exciting and impactful guests — next up:  Dr. Alexander Kott!

If you enjoyed this podcast, check out the following articles by Zachery Tyson Brown: