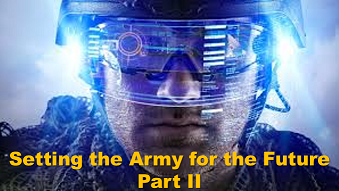 [Editor’s Note: Mad Scientist Laboratory is pleased to publish the second in a three-part series addressing how best to set the Army for the future. Ever since 1973, when the Continental Army Command (CONARC) was divided into two separate and distinct Army Commands (i.e., Forces Command [FORSCOM] and Training and Doctrine Command [TRADOC]), a largely self-imposed, artificial barrier has 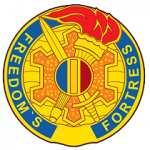 existed between the Institutional Army and the Operational Force. As we set the Army for the future to successfully compete with, and when required, combat and decisively defeat our future adversaries, this artificial and largely cultural distinction must be torn asunder. The Army should converge its Institutional Army and the Operational Force to ensure that we grow the requisite Future Ready Leaders, that we are an “Artificial Intelligence (AI) Ready” Force, and build the Smart Installations required to successfully execute Multi-Domain Operations.]

Proclaimed Mad Scientist Dr. James Canton, notable futurist and author, persistently challenges the Army to get “Future Ready.” The Army describes the future it is preparing for in the Multi-Domain Operations (MDO) concept. Central to this concept is the idea that the Army must be ready for competition and conflict, to include large scale ground combat operations. So what will it take to set the Army for this future?

AirLand Battle drove the Army’s last major transformation in the 1980s — from doctrine to organizations and equipment. In 1991, the United States defeated Iraqi Ground Forces in 100 hours. This tactical and operational excellence was not only the result of effective doctrine and the acquisition of the “Big 5” weapon systems, but also due to the development of the Combat Training Centers (CTCs) and Leader Development platforms like the Non-Commissioned Officer Education System and the School of Advanced Military Studies. What does our Army need to do today to complement the Army’s modernization priorities and the Multi-Domain Operations Concept and set the future?

1. Acquire and Develop Future Ready Leaders. The Chief of Staff of the Army of 2035 is a Battalion S-3 today. Future Platoon and First Sergeants are just now entering the force. Developing these Leaders and acquiring the right talent must start now and is critical to future readiness. 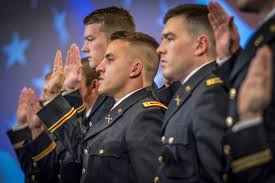 Developing Leaders. Two topics continually come up when discussing the preparation of our Leaders for the Future Operational Environment. First, the speed of conflict, the digitization of information warfare, and access to augmented intelligence decision support tools will require more capable critical thinkers. Teaching critical thinking skills and developing challenging training that will exercise these brain skills should start with initial entry and continue throughout our Leaders’ service. Second, emerging technologies and the race to integrate them into our societies and on the battlefield are outpacing our laws, policy, regulations, and training. The integration of these technologies and specifically the integration of autonomy in the decide, detect, and deliver phases of targeting will place additional stressors on decision-making. A key component in developing future Leaders will be applying the Army’s ethical standards on the future battlefield. The ambiguity that exists between Competition and Armed Conflict (referred to as Crisis in Part I of this series) challenges the Army’s current ethical framework. Setting ourselves for this future requires a reassessment of our ethics education and the integration of ethical dilemmas in our training through the lens of emerging technologies across the MDO spectrum.

Acquiring Talent. “The future will further define and compel the creation of new jobs and skillsets that have not yet been articulated or even imagined.” This is one of the findings from the Mad Scientist Learning in 2050 Conference. While these skills and future MOSs are yet unknown, the Army faces a potential skills mismatch between whom we recruit and what might be required for the future force. The emergence of a number of new

technologies – AI, autonomy, immersive mixed reality, robotics, and bio engineering – will require changes in some MOSs and the creation of new ones. At a minimum, we must address a new form of tech literacy to lead these future formations. These changes probably require a re-assessment of the Armed Services Vocational Aptitude Battery (ASVAB), as well as research into identifying the attributes required for a 2028 Multi-Domain capable force. Industry is addressing talent identification and human capital 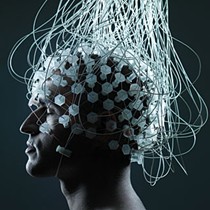 2. Building an “AI Ready” Force. We live in a world driven by “narrow” artificial intelligence. AI is managing our retirement accounts, diagnosing our 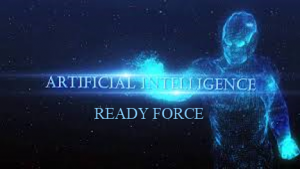 illnesses, recommending music to us in our homes, and in many cases educating our children. These capabilities are moving to the battlefield, initially in data analytics and object recognition tools. These are only a weak signal for the comprehensive role AI will play during competition and conflict. Key to enabling AI and realizing the advantages of speed and improved decision-making is access to the “new oil” – data. The Army is a data rich organization with information from previous training events, combat operations, and readiness status, but data rich does not mean data ready. 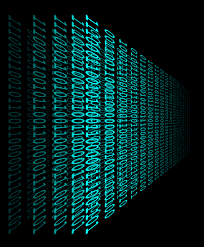 Much of the Army’s data would be characterized as “dark data” — sitting in a silo, accessible for limited single-use purposes. To get the Army AI Ready and set for the future, we need to implement a Service-wide effort to break down these silos and import all of the Army’s data into an open-source architecture that is accessible by a range of AI tools and ultimately the Leader conducting training or engaged in combat operations. For example, the data from every CTC rotation should be available to all Captains at the Centers of Excellence, Majors experimenting with operational design at Fort Leavenworth, and Platoon Sergeants rehearsing platoon operations at home station in preparation for their rotation and deployment. Data and AI Ready organizations arm their teams with the information needed to drive the tactical and operational innovation we require. 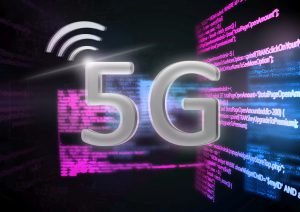 Close Area. With the advent of 5G telecommunications networks, today’s Internet of Things (IoT) is rapidly morphing into the Internet of Everything (IoE), with concomitant revolutions in infrastructure, power grid, communications, and operations and maintenance technologies. The Army’s installations face a dilemma similar to Army modernization in that we are heavily invested in legacy facilities and need to simultaneously upgrade to reap the benefits associated with 5G and the IoE. These installations, from home station garrisons to deployed units operating from Forward Operating Bases, will face a new tension between the openness needed to innovate and security required to defend against the many cyber threats targeting our installation infrastructures, Soldiers, and their families. The Mad Scientist Installations of the Future Conference identified several initiatives needed to prepare for the future. First, infrastructure sensorization, while increasing vulnerable electronic surface areas, will help our Commanders improve the resiliency of the infrastructure required for training and deployment operations. Second, 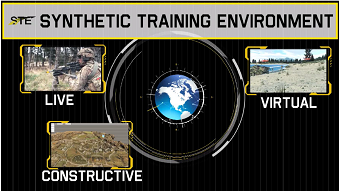 the Army will need to re-envision the infrastructure required to fully implement the Synthetic Training Environment, the revolution in autonomy and robotics, and the opportunities provided by virtual and 3D prototyping. This assessment might provide opportunities to divest legacy infrastructure and re-invest in setting the Army’s CONUS-based deployment platform. 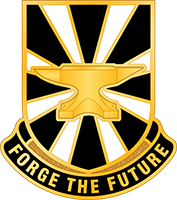 Unlike Rip Van Winkle, we can’t afford to doze away the coming decades and then wake up one day to the future. As Army Futures Command executes the CSA’s modernization priorities and further develops the concept and doctrine of Multi-Domain Operations, the rest of the Army must focus on setting their commands and responsibilities for the

future, converging efforts to acquire and develop Future Ready Leaders, implement new ways to identify and acquire talent, ensure that the force is AI and data ready, and build smarter installations. When the Army’s most recent modernization story is recounted, what “other” actions will the storytellers describe?

–Setting the Army for the Future (Part I) by Mr. Gary Phillips