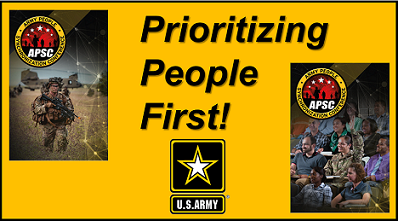 [Editor’s Note: Army Mad Scientist is pleased to support the Army and its Army People Synchronization Conference in January 2022.  To that end, we’re announcing the associated writing contest — not to be confused with our on-going Army Mad Scientist Fall / Winter Writing Contest — in support of this critical endeavor prioritizing the Army Team (Soldiers, Department of the Army Civilians, their dependents, and Soldiers for Life).  Check out the details below — we will feature the winning submission and author in a future Mad Scientist Laboratory blog post.  Additionally, we will compile it, along with other submissions of merit, and provide copies to Senior Army Leadership attending the Army People Synchronization Conference.  So get cracking on your submissions!] 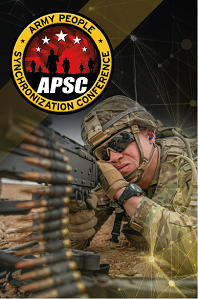 The Chief of Staff for the Army placed “People First” among the Army’s priorities.

By prioritizing people first, the Army is signaling that investing resources in our people initiatives is the most effective way to accomplish our constant mission – to deploy, fight, and win our nation’s wars by providing ready, prompt, and sustained land dominance by Army forces across the full spectrum of conflict as part of the Joint Force.

Army “personnel” are means to an end:  mission accomplishment. “Individuals required in either a military or civilian capacity to accomplish the assigned mission.” (JP 1-0).  Army “People” initiatives recognize this relationship, but it may also include a reframing, which considers our human element as an end unto itself. 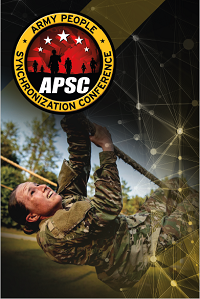 If the Army’s human dimension meets the mission but does not also meet the needs of people, then the Army is not successful. This requires the broader People approach integrating holistic health and fitness, cohesive teams, removing unnecessary systematic barriers to individual success, and providing resources for Soldiers to meet their maximum potential. In doing so, we live up to our Army’s and Nation’s values, while ensuring mission success.

Identifying solutions to existing individual, team, and social challenges while also maximizing performance is difficult today. The battle between human nature and desired human behavior requires constant engagement and anticipation of emergent threats and opportunities. As the Army transitions to the needs of MDO:

The Army wants to crowdsource your thoughts on one or more of these aforementioned writing prompts — craft a 500 word composition over the Holiday Season and submit it via email with “APSC” in the subject line NLT 1700 EDT on Monday, 03 January 22, to:  madscitradoc@gmail.com

Army Mad Scientist will feature the winning submission and author in a future Mad Scientist Laboratory blog post.  Additionally, we will compile it, along with other submissions of merit, and provide copies to Senior Army Leadership attending the Army People Synchronization Conference in January 2022!