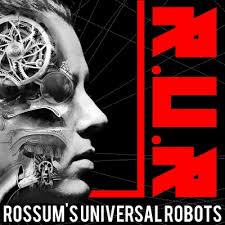 The word Robot “… comes from an Old Church Slavonic word, rabota, which means servitude of forced labor…. it’s really a product of [the] Central European system of serfdom, where a tenants’ rent was paid for in forced labor or service.” – from Professor Markel’s radio interview with Mr. Ira Flatow, Science Friday, on National Public Radio, 22 April 2011.

This popular play (penned three years following the Armistice ending The Great War and four years after the Bolshevik Revolution birthed the Soviet Union), ignited our collective, dystopian view of robots with a tale of rebellion and the subsequent extinction of mankind.

Flash forward a century to the Robotics, Artificial Intelligence & Autonomy Conference, facilitated at Georgia Tech Research Institute (GTRI), 7-8 March 2017, where Mad Scientists shed a more optimistic light on the role of Robotics in the future – our findings are captured in the following paragraphs:

“… powered machines capable of executing a set of actions by direct human control, computer control, or a combination of both. They are comprised minimally of a platform, software, and a power source.”

The JCRAS goes on to note that “Robotic and Autonomous Systems (RAS) is an accepted term in academia and the science and technology (S&T) community; it highlights the physical (robotic) and cognitive (autonomous) aspects of these systems. For purposes of the JCRAS concept, RAS is a framework to describe systems with a robotic element, an autonomous element, or more commonly, both. As technology advances, there will be more robotic systems with autonomous capabilities as well as non-robotic autonomous systems.”

Robotics, particularly advanced robotics, typically leverage both Artificial Intelligence (AI) and autonomy and are the physical manifestation by which we experience these trends in our daily lives.

There is a taxonomy for Robotic Systems that includes the following ranges of control: 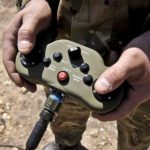 • Remote Control. A mode of operation wherein the human operator, without benefit of video or other sensory feedback, directly controls the actuators of an Un-Manned System (UMS) on a continuous basis, 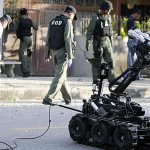 from off the vehicle and via a tethered or radio linked control device using visual line of sight cues. In this mode, the UMS takes no initiative and relies on continuous or nearly continuous input from the user. 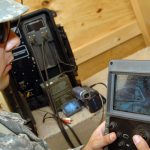 • Augmented Teleoperation. A mode of operation wherein the human operator leverages video or 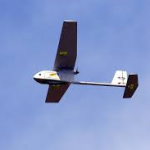 other sensory feedback to directly control the actuators of a UMS on a continuous basis. 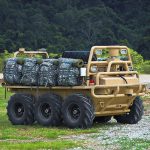 • Semi-Autonomy. The condition or quality of being partially self-governing to achieve an assigned mission based on the system’s pre-planned situational awareness (integrated sensing, perceiving, analyzing) planning and decision-making. This independence is a point on a spectrum that can be tailored to the specific mission, level of acceptable risk, and degree of human-machine teaming. 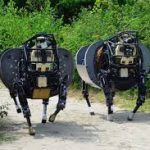 Full independence that humans grant a system to execute a given task in a given environment. 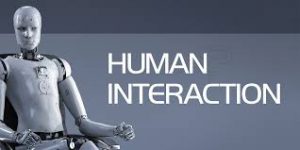 Although a typical current production line today features only 1 product per line, changeover cycles of 2 weeks, and a part cycle time of 6 seconds; future robotics-enabled production will be a flexible configuration of 10+ products per line, nearly zero time required for changeover, 6 second cycle times and sub-millimeter precision.

One Mad Scientist asserted a future for “Self-Organizing Matter” in the 2030-2050 timeframe, a future where almost every object will have some degree of self-assembly and self-configuring capability, as the migration of robotics into our everyday experiences advances, robotic appearances may change. 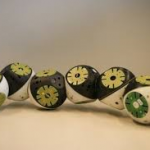 It is not likely that they will evolve to be ever more human in appearance, because humanoid shapes are sub-optimal for many jobs or tasks. Robotic forms can be tailored to the task rather than the other way around. Future robotics will be less immediately recognizable as “robots” and our human terrain will morph to accommodate optimal robotic physical configurations.

One such promising field of research is “soft” robotics – replicating living organic musculature’s ability to reach out and grasp objects delicately, using a folding origami structure.

“I started working with origami many years ago because I was interested in making modular robots that have programmable properties; I wanted to create programmable matter…. We’ve shown a combination of four muscles that forms an arm with a gripper that can pick up a tire…. If we put a joint there and added another arm, which is quite easily done, we would be able to not just lift up the tire, but move it and place it anywhere.” – excerpt from interview with Professor Daniela Rus, Director, MIT CSAIL, posted in The Verge, 27 November 2017.

• One to Many Control. 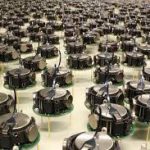 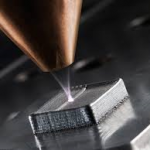 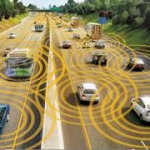 Humans will expect high reliability performance from robotic systems: ‘death by robotic accident’ will be unacceptable, even for instances where more frequent death by human accident is already tolerated for non-robotic systems. 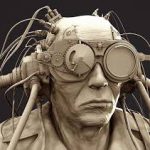 Robotics generate risk reduction and performance enhancements, but trade the best cognitive computer available: the human brain. This trade can be mitigated by “Centaur Warfighting”: human-machine teaming that is not only possible but in many cases preferable. Hybrid human-machine cognitive architectures may be able to leverage the precision and reliability of automation without sacrificing the robustness and flexibility of human intelligence. 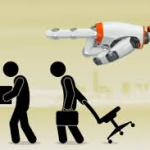 • Destructive Disruption. One should also note the potential disruptive impact of the robotics revolution, not only with respect to warfare but across the entire global economy, particularly through the displacement of a substantial portion of the labor force. The debate on the extent of that disruption – and whether this disruption is beneficial or detrimental – remains undecided. Some have argued that technology has always created more jobs than it has destroyed. They claim “Robots Will Save the Economy” and cite robotics as necessary for further improvements in productivity across a wide range of labor-intensive tasks.

Relevance of Robotic Systems. Robotic systems mitigate the risk of combat while providing significant performance advantages such as speed, efficiency, and resilience. Robotic sensor applications, for example, might include precision sensor positioning, sensor placement in adverse environments, and multiple, distributed sensors and platforms. Just as robotics may advance manufacturing to the next “industrial renaissance,” they may also enable transformative efficiencies in the transportation and sustainment of land forces. 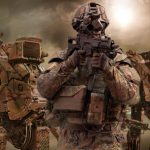 For more on Robotics, see Remarks by Dr. Robert Sadowski, U.S. Army Chief Roboticist, and The Network is the Robot by Dr. Alexander Kott, Chief, Network Science Division, Computational and Information Sciences Directorate, U.S. Army Research Laboratory, both of which were presented at the GTRI conference this past spring.